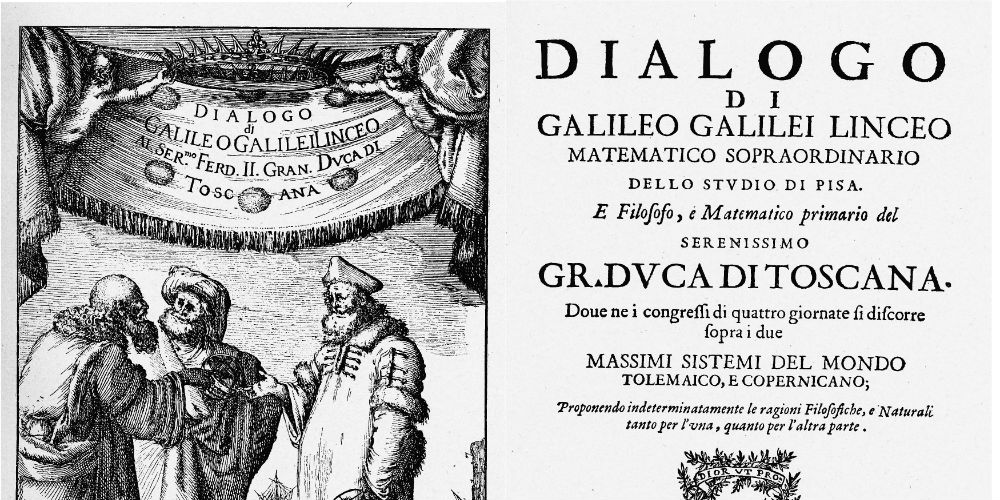 One of the most polarizing scientific figures of the 17th century, Galileo Galilei gained notoriety during the Inquisition for his accurate, but then-disputed, views on astronomical mechanics, due in large part to the writing of his Dialogue Concerning the Two Chief World Systems, published in Florence, Italy, on February 22, 1632.

The book takes a comparative look at the two major competing astronomical models of the time: the Ptolemaic and Copernican systems. While firmly – and correctly – pushing the Copernican view, the book also serves as a excellent resource on Ptolemaic ideas, models, and mechanics, making it a favorite among scholars even today.

Although published under direct license from the Inquisition, the tome inspired agents of the Catholic Church to label Galileo a heretic, and he was convicted of “grave suspicion of heresy” only a year after its publication, eventually leading to a long period of house arrest for the scientist.

Besides losing his personal freedom, Galileo also lost the right to speak his mind with the addition of Dialogue Concerning the Two Chief World Systems, along with all of his other works, to the Church’s Index Librorum Prohibitorum, a list of books forbidden to be bought, sold, or read; it was only removed from that list in 1835, more than 200 years after its publication.