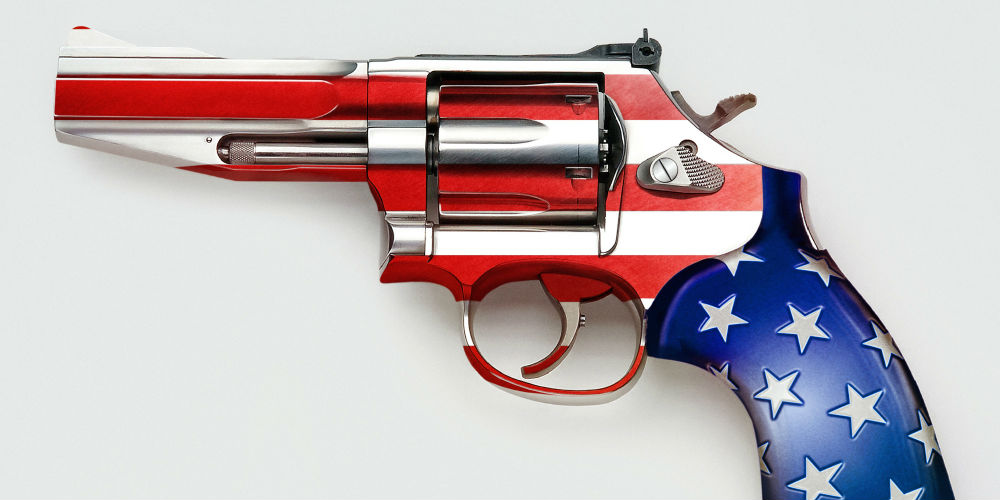 by Chris
in Culture, Politics
Comments

At Marjory Stoneman Douglas High School in Parkland, Florida, a 19-year-old gunman killed 17 people on Valentine’s Day, before being apprehended and charged with a matching 17 counts of premeditated murder.

An unfortunately familiar headline in the United States, and one that most of the world is well familiar with in the nearly two weeks since the shooting took place.

Before even the families had been notified, the familiar debate over American access to guns began. People, including both lawmakers and students themselves, took to television and social media to renew their call for gun control, while their opponents – those in favour of maintaining the status quo, or even lightening gun ownership regulations – spoke up in order to defend their view.

Whether or not events like this, or those in Sandy Hook, Aurora, Virginia Tech, and many others, are the result of mental illness or simple human nature, the debate hinges on a simple question: should Americans value freedom over safety, or vice versa?

As far as the Florida event, the killer’s weapon was the now ubiquitously known semiautomatic AR-15, an easy target for those wanting to point fingers following any gun murder that makes international headlines; semiautomatic weapons, the AR-15 in particular, have proven to be the weapon of choice behind many grisly scenes repeated across that United States over the past decade.

The argument is often made that guns don’t kill people – it is the shooters themselves that are responsible. While that is entirely true, observing the divide between a simple murder scene and the carnage found at Marjory Stoneman Douglas High School offers proof positive that the type of weapon involved in these events is worth discussing.

Need a point of reference? We have crazy, violent, and homicidal people here in Canada, too, but, thankfully, most of them don’t have access to an AR-15, or any other semiautomatic weapon.

In September 2012, following a convincing electoral win for for the separatist Parti Québécois in Quebec, a man in a blue robe stormed into the building where party leader Pauline Marois was delivering her victory speech.

While shouting “the English are rising” (in French, no less), the man proceeded to fire three shots from a rifle, killing one man and wounding another; Marois herself went unscathed.

Using that case as a Canadian standard, which is fair given our own history of violence and relatively stringent gun laws, let’s compare average shooters. The Canadian shooter was most likely diagnosably mentally ill, as are most perpetrators of similar crimes in the United States.

The Canadian shooter had a highly charged agenda, as do many of his American counterparts. Most importantly, the Canadian shooter was perfectly happy to kill as many people as he saw necessary to make his point, a trait shared among mass murderers of all stripes.

The difference between them? The Canadian shooter carried out his attack with a single-shot hunting rifle, while most American mass killers are armed with semiautomatic weapons. Put an assault rifle in the hands of our blue-robed friend, and the entire room of 50 or more people could easily have been mowed down.

Instead, he managed three shots before being tackled, taking only a single life.

I’m not any more keen on a well-armed government and weaponless citizenry than most Americans who tout their right to bear arms under the Second Amendment, but there is simply no need for that right to extend to weapons created with nothing other than war – or mass murder – in mind.

Keep the single shot handguns and long guns, ban the semi-automatic assault weapons, and the problem of repeated mass shootings is already well on the way to being solved. There is no practical use for an assault weapon, and the idea that they would help their owners to withstand an attack from a determined force – a government force, for example – is a foolish one.

In truth, the issue is not that complex, and the potential gains of a ban on semiautomatic weapons in the United States certainly outweigh the potential losses.

Keep a couple of points in mind:

1. No One is Attacking You

Besides the terrorist attacks of September 11, 2001, there has never been an act of war committed on continental American soil by a non-citizen. You are not at imminent risk of invasion. Enemies are not at the gates (assuming you don’t think of Mexican border jumpers and Canadian shoppers as enemies).

Now, I can practically hear you all yelling at your screens about criminals being the only ones with assault rifles, and a ban on that type of weapon leaving your families prone to the whims of drug addicts and thieves.

Let’s be serious, though: won’t a single shot (or two) from a more reasonable firearm kill a would-be thief or murderer just as well as a smattering of shots from an AR-15?

2. The Government Would Kick Your Ass Anyway

One argument that I often hear is that citizens should not have access to less firepower than the government, a notion highlighted in the Second Amendment’s own admonishment that a “well regulated militia” be maintained. This argument takes into account the fact that an American citizen may need to defend himself from enemies from both within and without, and gives him the ability to protect his family and property from any force.

I agree in principal; the government is the last body one should put their faith in, and I feel more threatened by the enemies within than without on any given day.

On the other hand, though, how many fighter jets do you own? Tanks? Nuclear weapons?

That’s the thing; even while citizens may fight to retain their right to own high-powered assault weapons, none of them, forming a “well regulated militia” or not, has the ability to withstand the kind of force the government has at its disposal.

You can have an AR-15 in each hand as the heavy artillery lands upon you, but it won’t do you one bit of good, and you’ll be no better protected than if you owned only single-shot weapons.

To end things on a brighter note, the Florida gunman was quickly apprehended (following a quick stop to refuel at Subway and McDonald’s after the shooting) and will be held to account, spending the rest of his life in prison only if he’s lucky enough to avoid execution.

Unfortunately, when an event’s brightest note is knowing that a young man’s life will potentially be taken in retaliation for 17 other young lives lost, you know you have a problem – a problem for which the status quo simply won’t do.