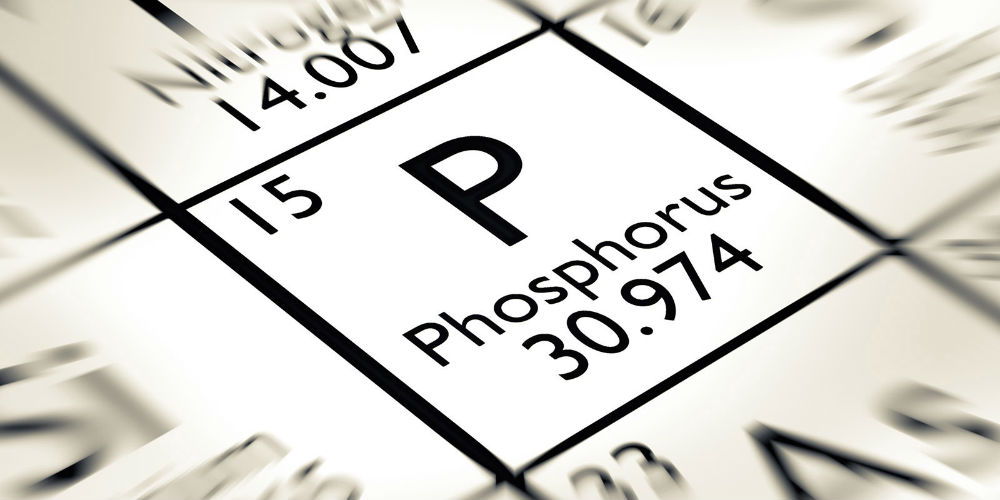 by Chris
in Health & Wellness
Comments

I don’t know about you, but when I think of phosphorus, I picture something glowing in the dark, as evidenced by the chemical’s ability to consume oxygen and emit faint light. In fact, that’s where the the name “phosphorus” comes from; in Greek mythology, the planet Venus, also known as the Morning Star, went by the same name, which means “light-bearer” in that ancient tongue.

Interesting scientific and etymological roots aside, though, why should this seemingly obscure chemical mean anything to us today?

Surprisingly, phosphorus plays a big role in a healthy body, from our tissues to deep down within our bones, making it one item on the periodic table that we’d do well to familiarize ourselves with!

It was the European scientists of the 17th century who first recorded the special properties of phosphorus, but little did they know that the novelly glowing chemical actually had a major role to play with life. It was 100 years after its initial discovery – by distilling it from human urine, no less – that scientists realized that phosphorus was to be found in great amounts in human bones, leading them to focus on its place in biology.

This newly narrowed research, taking place over the next 250 years or so, has served to teach us a great deal about the formation of bone and tissues, the way that our bodies regulate calcium, and a host of other useful tidbits, making phosphorus an important segway into several areas of modern human biology and medical science.

How Phosphorus Works in the Body

Present as a major component of our DNA, phosphorus is actually crucial for human life, helping our genetic code to build and maintain our body from birth onward, and residing within us as phospholipids, compounds that help to form all-important cell membranes by allowing our bodies to utilize fats and carbohydrates in synthesizing protein.

Another major role of phosphorus in the body is in its help in producing ATP, a molecule used to store energy for later release, allowing you to regulate your available resources in order to be sure that you’ve always got an ideal amount of gas in the tank, so to speak. This effect, in turn, helps to contract muscles when necessary, aids in the functioning of your kidneys, and helps you to maintain a naturally regular heartbeat.

Phosphorus is so important to the human body, in fact, that it makes up more than 1 percent of our individual mass, mostly within our bones and teeth – no small number for any one chemical!

How to Add Phosphorus to Your Diet

Unlike many of the other vitamins, minerals, and nutrients that we spend time chasing in our diet, phosphorus is so abundant in such a wide variety of food sources that it’s not a compound that the average person needs to concern themselves with.

Present in large amounts in nearly any food that contains high levels of calcium or protein, such as meat and dairy products, the odds of an average diet suggest that you likely already get more than enough phosphorus in your diet, leaving the need for manufactured supplements to those with deficiencies caused by problems like underperforming kidneys.

On the other hand, it’s important to keep in mind that there are some sources of phosphorus that simply aren’t helpful to the human body, namely those found in grains, typically consumed in products like whole grain bread and cereals. While these products are often high in phosphorus, it is in the form of a compound called phytin – a compound that the human body is not able to absorb.

The truth is, because it’s not a compound that you need to actively hound, you’re unlikely to count phosphorus among the more important beneficial minerals in life, but that doesn’t take away from its integral importance to life. It may not provide information that you can put into action, but understanding phosphorus only helps you to better understand your own body, a long-term key in maintaining and encouraging lifelong health.