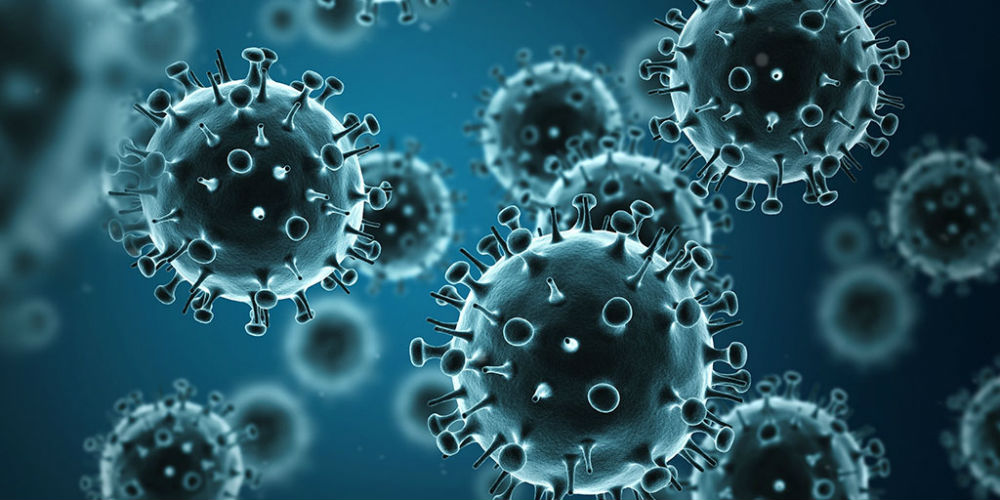 While it’s easy to see the ideas of biological evolution and general health as entirely separate things, science shows us that everything that we are today is a result of what we were yesterday, and this applies down through the ages, from the dawn of life on Earth to the vast array of complicated forms that we see around us today, humans the most complex among them.

This way of looking at things enables us to glean new insight into what it means to be, eat, and exercise healthily; to make clearer what I’m trying to say, I’m going to start out today with a subject that is important to each of us, highly familiar, and relatively easy to understand.

If you’re reading this and are at a respectable adult age – over 30, let’s say – you’ve likely suffered a bout with the flu a few times over the years. We all picture it differently, but you’ve surely had your own unique vision of the microscopic monster that infects us and causes extreme nausea, aches and pains, and so many other nasty symptoms; I personally lean towards a marauding green beast trampling over my insides.

Luckily, we don’t need to leave anything to the imagination where the influenza virus is concerned, and it is this fact that has allowed us to get such a great handle on its evolution over time – and what that evolution means to us.

Because it is so common – various forms of the flu can affect some species of both birds and mammals – the influenza virus is one of the best understood pathogens where evolutionary science is concerned.

While we can appreciate the flu’s quick and pointed ability to mutate by evolutionary means, the potentially devastating flip-side of that process is the fact that this virus is able to infect new hosts at a fast rate, making keeping up with it difficult from a scientific point of view.

Despite most developed nations routinely vaccinating their populations against new strains of the flu, even our most persistent efforts haven’t allowed us to escape the recent waves of H1N1 (swine flu) and H1N1 (bird flu) infections, serving as proof positive that staying on top of influenza’s rapid evolution is a full-time job.

How Does Flu Evolution Work?

All organisms on the planet, humans included, are the result of a long series of small genetic mutations that have taken place over the course of billions of years. This fact, while well-known by the public at large and well-understood by the scientific community, is rendered almost useful in everyday terms given the unimaginable time scales involved.

The massive time periods required to see meaningful evolutionary change are the result of both the small mutations and the relatively long periods of reproduction exhibited by most species, making it difficult to observe them.

Luckily, viruses of all forms buck this trend, reproducing so quickly that we’re able to observe deep changes in their structure over even a single human lifetime.

This is due to the relative simplicity of a virus, making even small changes meaningful, and the fact that viruses are able to reproduce using material harvested from its host, allowing them to create copies of themselves quickly and efficiently before moving onto the next host.

Given its never-ending effect on humanity, and its potentially dire consequences, studies on the evolution of influenza have been many and wide-ranging, mapping out the techniques used by the virus to alter its composition in order to better adapt to new hosts.

Among those studies, one published in 2010 seems to have nailed down the key to this rapid mutating: a well-maintained, exceedingly fine balance of generating enough mutations to suit many new environments, without producing so many that catastrophic mutagenesis, the term given to a virus that produces so many genetic mutations that it renders itself ineffective and dies, occurs.

It’s this balance that gives the virus the ability to equip itself with the genetic tools necessary to infect a variety of environments, and this is the key to their ability to occasionally make the leap from one host to a vastly different one; for example, the scary jump from birds and pigs to human beings seen over the past decade.

The Importance of Viral Evolution

After making it this far, you may find yourself asking exactly why understanding the way that influenza evolves is important. You’ll get different answers to that question from different people, but my view is threefold:

With these points in mind, you can see just how unique the common flu is, and how useful the data it provides us with can be in keeping us healthy, on a variety of scales!