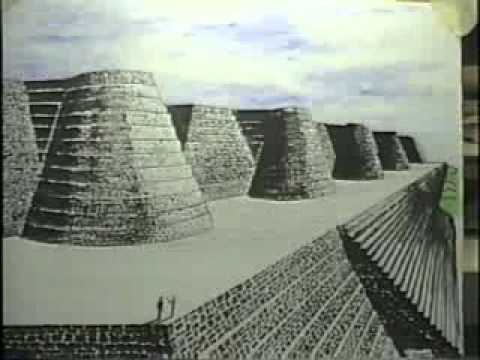 The video itself is a presentation of the culmination of the research conducted by one man, Carl Munck, into what he believes is a geographic matrix found coded into ancient monuments around the world. While his mathematics are quite interesting – he appears to have quite a mind for numbers – his choice of locations and even numbers, in many cases, are almost entirely arbitrary, rendering most of his results useless in their intended sense.

On the other hand, The Code does help to open the discussion of whether or not the locations and dimensions of ancient sites are important in a regional sense with a scope beyond their immediate surroundings.

There is, of course, strong evidence for much earlier and more extensive human migration than is currently accepted by mainstream historians, and the suggestion that those people may have used monuments to help mark locations on a worldwide grid isn’t entirely out of the question.

You can watch The Code for yourself below:

For a detailed look at Munck’s conclusions, take a look at this breakdown of the research at GreatDreams.com.

Disappointed with Carl Munck’s methodology, I’m off to find studies attempting to answer the same questions, but with a more rigorous method of investigation.

It’s worth noting that, despite my low opinion of Munck’s conclusions, I admire his work greatly; if only more of us used our spare time to conduct meaningful research to be shared with the world at large.