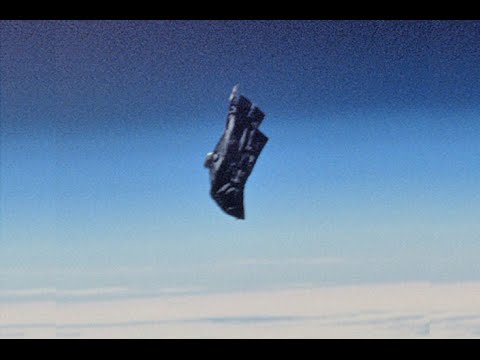 by Chris
in Science & Technology
Comments

An asteroid caught in Earth’s orbit, a simple piece of space junk, or an intelligently engineered device left to circle our planet for unknown reasons?

Interest in the so-called Black Knight object, first discovered in the 1950s, was renewed in 2015 thanks to an apparent sighting over Florida, with an interesting tale circulating as to its possible origin and purpose.

At a glance, the Florida footage is almost certainly a fake, and its relation to the actual Black Knight object is purely speculative, but that hasn’t stopped the video from reigniting interest in the object, which is believed to be anything from a piece of NASA space junk to an alien satellite.

Rumours of the object first surfaced in 1960 when American radar picked up an unknown object in a polar orbit around the Earth, before being confirmed later that year by the Soviet space program when they imaged it from their Sputnik satellite. No official explanation was ever offered.

Since that time, rumours have swirled over the object’s origination. It’s size is much too large for it to have been launched into orbit by either the USSR or the United States during that early era of space exploration, and its polar orbit is one that is typically avoided by Earth-launched satellites due to the negative magnetic influence in those regions of low-Earth orbit (LEO).

The American government eventually offered answers, but they strike me as a bit unsatisfactory – more on that below.

Early Evidence of the Black Knight

There are stories of HAM radio operators in the 1960s picking up and deciphering radio waves emitted from the Black Knight; one in particular outlines the finding of an encoded star chart that appeared to have been plotted from Earth about 13,000 years ago, focused on the Epsilon Bostes star system. No real proof was offered of this finding, leaving it up for speculation.

A mere month after that finding was revealed, though never officially proven, a tracking camera situated at a Long Island, United States factory belonging to Grumman Aircraft Corporation snapped a photo of the object, and later reports by astronaut Gordon Cooper, who completed a 22 orbit mission in space in 1963, of an unidentified object in his visual range seem to match the description of the “Black Knight” object, though his accounts were later officially chalked up to a case of high carbon dioxide levels causing hallucinations.

Despite its irregular orbit and apparent emission of radio waves, the United States government soon flipped its position, calling the object a piece of scrap from an Air Force Discoverer satellite that had been lost – though that loss hadn’t been reported to the public previously.

Suddenly, what first appeared to be a blemish on the United States’ ability to monitor its own skies turned into a victory cheer for the Department of Defense. Here is a quote from an article published in Time magazine on March 7, 1960:

Three weeks ago, headlines announced that the U.S. had detected a mysterious “dark” satellite wheeling overhead on a regular orbit. There was nervous speculation that it might be a surveillance satellite launched by the Russians, and it brought the uneasy sensation that the U.S. did not know what was going on over its own head. But last week the Department of Defense proudly announced that the satellite had been identified.

It was a space derelict, the remains of an Air Force Discoverer satellite that had gone astray. The dark satellite was the first object to demonstrate the effectiveness of the U.S.’s new watch on space. And the three-week time lag in identification was proof that the system still lacks full coordination and that some bugs still have to be ironed out.

Nearly 40 years later, in 1998, NASA’s STS-88 Space Shuttle mission snapped six photographs of the object on its way to the International Space Station (ISS), one of which can be seen above.

A massive hunk of space junk in a polar orbit, first denied entirely by the government apparently responsible, then spun to have a congratulatory effect, even while placating the public? I think we can all forgive the internet its conspiratorial speculation.